The American Broadcasting Company or ABC is an American commercial broadcasting television network which was created in 1943 from the former NBC Blue radio network. It was partially owned by The Walt Disney Company as of 1996 and is now part of the Disney-ABC Television Group.

It is the original network where Shark Tank is broadcasted from August 9, 2009 to the present.

ABC's headquarters are located at the Upper West Side of Manhattan in New York City including its news operations are centered in Manhattan while entertainment programming offices are in Burbank, California adjacent to the Walt Disney Studios and the corporate headquarters of The Walt Disney Company. 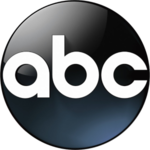 ABC logo from May 2013-present

Blue version. Used in ABC News and its O&O's & affiliates

Red version. Used in network promotions and ESPN on ABC 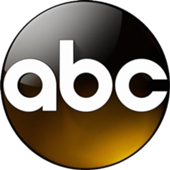 Gold version. Also used in network promotions, website and on-screen bug
Add a photo to this gallery
Retrieved from "https://sharktank.fandom.com/wiki/ABC?oldid=4026"
Community content is available under CC-BY-SA unless otherwise noted.